The Annual W.H.O. Party was held on Wednesday, November 16, 2017 at SeaWorld® Orlando. The evening began as guests arrived at SeaWorld® Orlando Ports Of Call® and were wowed by exciting animal encounters, entertainment and a fabulous dinner. Welcomed by Tim Swan, Director of Sales for SeaWorld® Parks & Resorts Orlando, he thanked everyone for attending the event and for their continued partnership. Mr. Swan then welcomed Westgate Resorts CEO and President, David Siegel, to the stage.

Mr. Siegel greeted the crowd and thanked Mr. Swan and the entire SeaWorld® Parks & Resorts Orlando team for hosting this one-of-a-kind exclusive event. He shared his admiration for the W.H.O. Program which has just entered its 18th year. He expressed enthusiasm for the programs ongoing growth as it continues to extend new and exciting discount savings and the recent launch of a new website.

Mr. Siegel surprised the audience by announcing the celebrity guest for the night, Hulk Hogan.

Regarded by many as the greatest wrestler of all time, Hulk Hogan is often referred to as the Babe Ruth of Professional Wrestling. He is an eighteen time World Champion title belt holder, has graced the cover of Sports Illustrated®, appeared on the silver screen in multiple feature films including Rocky III and has starred in and produced numerous television shows.

For nearly four decades, Hulk Hogan has been a staple of American Pop Culture and has appeared on living room television sets of millions of families, worldwide. Mr. Siegel welcomed Mr. Hogan’s newest venture, Hogan’s Beach Shop, one of the most unique retail stores in all of Orlando. Hogan’s Beach Shop is located at the intersection of I-Drive and Sand Lake Road.

Hulk Hogan and Mr. Siegel continued with a congratulatory presentation to the top three hotel referral program performers. Each winner was presented with a plaque in their honor, as well as a 4-day / 3-night Westgate Resort stay. Grand raffles were drawn and lucky winners of the night received prizes, such as an autographed tee shirt by Hulk Hogan, a SeaWorld® Parks & Resorts Gift Basket, an Orlando Magic autographed team basketball, an Orlando City Soccer gift package with an autographed soccer ball, a one week car rental courtesy of Enterprise Rent-A-Car, a 4-day / 3-night stay at Westgate River Ranch Resort and Rodeo, a 7-day / 6-night cruise courtesy of ICE and a 7-day / 6-night Interval International stay anywhere in the world!

Following the presentation of awards, guests were treated to a private Clyde and Seamore’s Sea Lion High Show! At the show, they were able to see amazing animal behaviors and enjoy fun audience interactions. The high energy of the night continued on as guests were invited to enjoy the thrills on Mako®, Orlando’s tallest, fastest and longest roller coaster, named for one of the ocean’s fastest known sharks. In addition, guests had the opportunity to experience a rare, up-close look at prehistoric predators whose ancestors dominated the sea over 450 million years ago at the Shark Encounter®.

Guests danced the night away with an amazing DJ playing the top hits while they indulged in their sweet tooth with an array of desserts, had the opportunity to play a game and had caricatures made by the amazing park artists. As the evening came to an end, guests were left with endless memories and the experience of a lifetime. 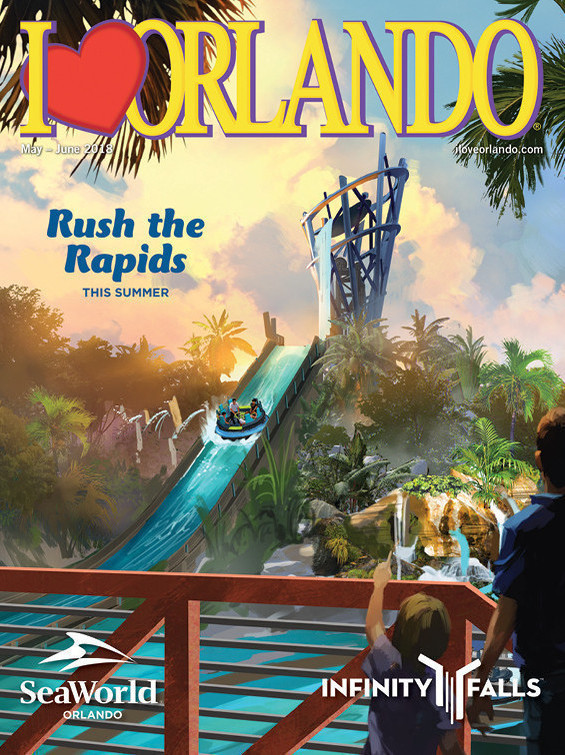