Celebrate the Spirit of Mardi Gras at Universal Orlando

This year marks the 150th Mardi Gras celebration in New Orleans, making it one of America’s most famous parties. Universal Studios is once again celebrating the spirit of this Mardi Gras with concerts and parties every Saturday night through April 22.

Each night features a colorful parade, complete with floats, stilt-walkers, and—of course!—tons of beads. Following the parade is a live concert by some of the biggest party bands of yesterday and today. And while the party will go on into the night, it goes on even longer at CityWalk, where your Mardi Gras ticket gets you into select clubs for free until 2 AM.

This has been a devastating year for residents of New Orleans, the birthplace of Mardi Gras. With that in mind, Universal Orlando is unveiling an innovative program designed to evoke “New Orleans’ special musical heritage” and to help the city’s musicians who are struggling in the wake of Hurricane Katrina.

Known as “Celebrate The Music of New Orleans,” the program will bring musical talent direct from the Big Easy to perform during the park’s Mardi Gras festivities. Many of these performers have been displaced since Katrina, with band members having to seek out alternate employment after evacuating the city.

“We’re honored to lend a helping hand to support the music community of New Orleans,” said Jim Timon, Universal Orlando’s senior vice president of entertainment. “These bands and their music represent a vital part of New Orleans’ culture and our nation’s musical heritage.”

These talented musicians and street performers will be showcasing their talents in the most enhanced part of Universal’s Mardi Gras—the French Quarter Courtyard. Once just a few food booths, this area now fills a street in the New York Street Sets with live performances ongside authentic Cajun and Creole cuisine.

Get Your Party On

The draw of Universal’s Mardi Gras has always been the bands showcasing the Yard stage. And this year is no different, with popular new performers joining some perennial favorites.

The stage will shake with the likes of Kid Rock, Bonnie Raitt, Earth, Wind & Fire, and others. 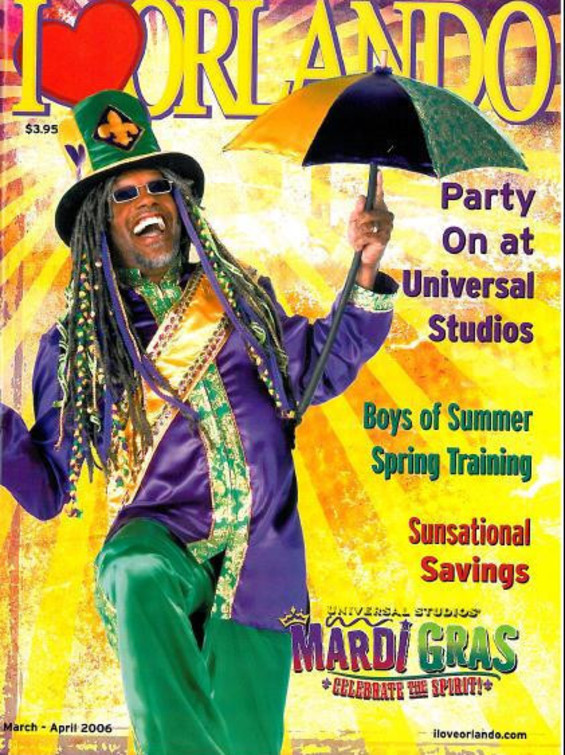